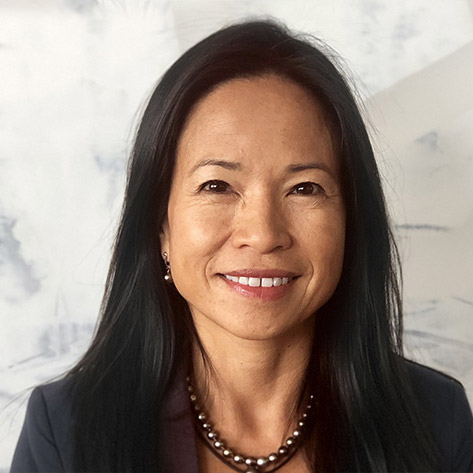 Founder & CEO Dr. Nguyen is a Professor in the Department of Surgery at the University of California San Diego (UCSD). She received her combined MD/Ph.D. degree from Washington University, School of Medicine in St. Louis, MO. She completed her General Surgery Internship at Barnes-Jewish Hospital in St. Louis and residency in Head and Neck Surgery and subspecialty fellowship training in Neurotology/Skull Base Surgery at UCSD. She is board certified in both Head and Neck Surgery and Neurotology/Skull Base Surgery. Her clinical practice is at UCSD Health Systems where she cares for patients with diseases of the facial nerve, ear and skull base. She also specializes in hearing restoration surgeries including cochlear implantation. She is Director of the Facial Nerve Clinic.

Dr. Nguyen’s interest in molecular imaging for surgical navigation began during her fellowship at UCSD where she collaborated with Dr. Roger Tsien (1952-2016), Nobel Laureate, Chemistry 2008. She has been awarded the Presidential Early Career Award for Scientists and Engineers (PECASE, April 2014). The Presidential Award is the highest honor bestowed by the U.S. government on outstanding scientists and engineers beginning their independent careers.