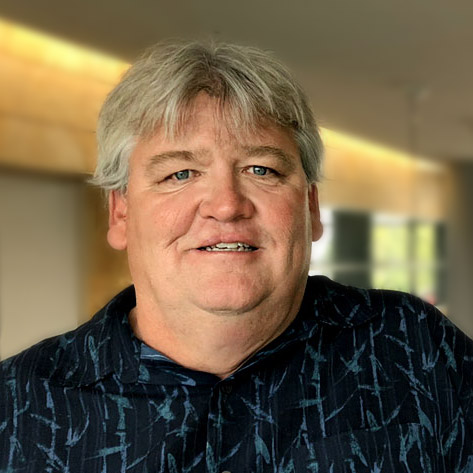 Scientific Co-Founder
Vice President, Discovery Michael Whitney has over 20 years of experience in small molecule and biological drug discovery using fluorescence technologies. He earned his BS in Biochemistry from UCLA and his Ph.D. in Biochemistry/Medical Genetics from Oregon Health Sciences University.

Dr. Whitney was a founding scientist at multiple startup biotechnology companies, including Aurora Biosciences (now Vertex) and Covx (bought by Pfizer), that successfully brought both small molecules and biologicals from discovery to the clinic. For the last 10 years, he was a Project Scientist in the lab of Dr. Roger Tsien developing molecularly targeted smart probes for surgical visualization of nerves and tumors. Tumor targeted probes are currently in clinical testing at Avelas Biosciences. Dr. Whitney was the lead author on pioneering work which lead to the founding of Alume Biosciences for the clinical development of nerve targeted dyes that can be used to highlight motor, sensory and autonomic nerves during surgery.